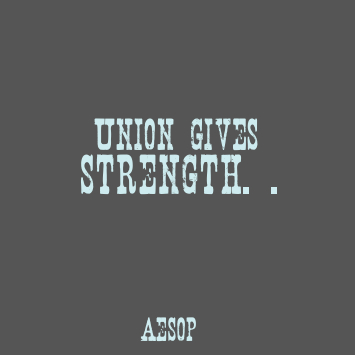 A father had a family of sons who were always quarrelling
among themselves. The father tried in every way to teach
them to get along, but still, they quarrelled. Then one day he
called his sons all together and showed them a bundle of sticks.
He asked each of them to turn to break the bundle. Each son tried with all
of his strength, but not one could even bend it. Then
the father untied the bundle and separated the sticks.
To each of his sons, he gave a stick. “Now try,” he
said. And each son broke his stick easily.
Then the father said, “My sons, if you remain united
you will be as strong as this bundle of sticks. But if you
are divided among yourselves, you will be broken as
easily as you have broken the sticks.” 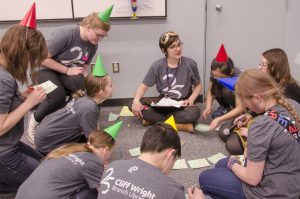 The Saskatoon Public Library plays an important role in our community providing critical access to information, services, and programs for the people of Saskatoon. CUPE 2669’s members work hard to provide these services and are proud of the work they do.